The Beatles Learned Meditation From Maharishi 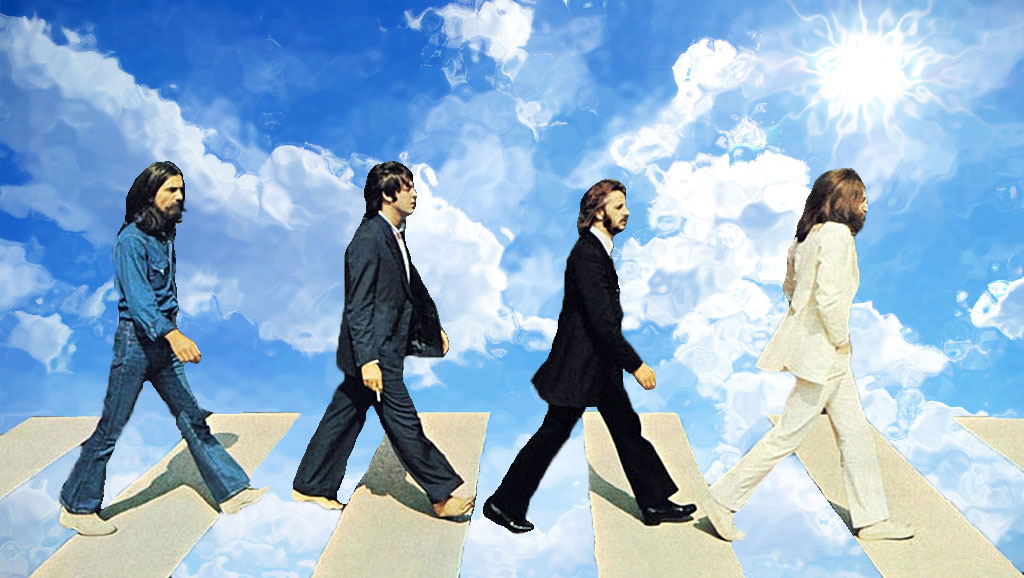 In the spring of 1959, Indian sage Maharishi Mahesh Yogi began his international travels to spread the teachings of Transcendental Vedic Mantras and Meditation to all those interested in metaphysics.  With closed eyes and open palms, he declared, “Mankind was not born to suffer, mankind was born to enjoy. The purpose of life is to expand happiness.”

His laser-like focus on meditation, and his skill in presenting a systematic, universal practice that was suitable for both secular self-improvement and spiritual enlightenment, were ideally suited for the rational, pragmatic West.  When, in 1965, college students began to take up TM, word spread quickly and meditation clubs popped up on campuses.

The cultural revolution gained momentum when the Beatles learned the technique of Transcendental Meditation from Maharishi.  They had seen Maharishi on the television when they were kids, and knew him as the giggly little guy going round the globe seven times to heal the world.  The famous fab four went to meet Maharishi in person at the jam-packed Hilton Hotel ballroom in London during a lecture tour in England in 1967.  The next day the Beatles jumped on a train and went to a seminar in Bangor to learn how to meditate.  Not long afterwards John, Paul, George, Ringo and their wives traveled to India to spend several weeks studying with Maharishi at his ashram in Rishikesh on the Ganges River in the Himalayas, where they also conceived The White Album in a house on stilts high in spirit.   In its effect on Western spirituality, this was probably “the most momentous spiritual retreat since Jesus spent those forty days in the wilderness.”  This, at least, is the assessment by Philip Goldberg, interfaith minister and author of books on cultural change.  In an article published in the Huffington Post, Goldberg describes how the retreat shifted whole cultural norms. In the West, meditation went from an esoteric and elitist practice to something as common as aerobics or vitamins.  “It was as though the Earth tilted on its axis in February, 1968, making ancient Eastern teachings flow more easily and quickly to the West,” Goldberg says. “The result would impact healthcare, psychology, neuroscience, and especially the way we understand and engage our spirituality.”

The band members had come to see that psychedelic drugs like LSD could open the door to higher consciousness but came with serious risks. The search was on for safe, natural ways to expand the mind and attain inner peace and unified awareness. The East seemed to have answers, and all signs pointed to something called meditation. George Harrison, having spent time in India studying sitar with Ravi Shankar and reading spiritual literature, was among the ripest candidates.  George was the one seriously looking for a mantra to get through to the other world, and all four were looking for more meaning to life after becoming disenchanted with drug use. They liked what Maharishi said about having a simple system of meditation of twenty minutes in the morning, and twenty minutes in the evening, to improve the quality of life and to find meaning in doing so.  John Lennon acknowledged in an interview that the youth of the day were looking for answers that the established church, parents, and material things couldn’t give them.

The Beatles took to meditation like they had taken to Chuck Berry and Little Richard.  Young people everywhere, always eager to emulate their musical heroes, flooded TM centers. The press coverage was remarkable for its shortage of cynicism. It featured parents and respected cultural leaders who were impressed by the life changes they observed in the meditating youth. As a result, scientists, prodded by Maharishi, who had majored in physics, started doing rigorous research on the effects of the practice.

Maharishi claimed that serenity and energy were the results of his system of meditation.  Lennon and Harrison affirmed daily meditation as a natural process of accessing the latent energy within more easily.  Maharishi, or one of his teachers, gave each student a specific sound that was in rhythm with that person.  As George Harrison said to the press, “Each individual life state has its own rhythm. So they give you a word or sound – mantra – and by using this, the whole idea is to transcend to the subtlest level of thought. And the mantra becomes more subtle, and more subtle until finally you transcend even the mantra. Then you find yourself at this level of pure consciousness.”  At the moment you find earthly or irrelevant thoughts intruding, you introduce the mantra or the vibration again, just to take over from the thought. You don’t limit it or use your willpower; you replace the thought with the mantra.  As Harrison expressed, “Sometimes you can go on and find that you even haven’t had the mantra any more. When you reach that point, it’s deep down there beyond normal experience and that level is timeless, spaceless, without identity. So you even don’t know how long you have been there. You just have the contact and then you go back up to the gross level, to this level. That is it.  With drugs, you are still on the relative level. Just waiting and dreaming – all this is relative, only on this grosser level. Whereas when you meditate, it is all on a subtler level. So really you cannot compare them. With drugs you do have a glimpse of a few things, they heighten your experience. But if you take a drug and hope that it will bring the subtlety out of this grosser level – well, it will never work.”

John Lennon said, “The thing is that your true self is at a deeper level. And the way to approach it is through meditation or some other form of yoga – I’m not saying that this form of meditation is the only form that is out there. It is obviously not; yoga incorporates many different techniques. But the whole point is that each soul is divine and meditation is the technique of manifesting this, of arriving at that state which is divine.  It’s only by doing it – going home and realizing the deeper levels of consciousness. The real problem is lack of wisdom in the world. So each person, each individual has something to do.”

The role of the mantra in the process of transcending is explained by Maharishi Mahesh Yogi:  “The practice (of Transcendental Meditation) involves thinking of a word, a word devoid of meaning.  Meaning is a static thing. The sound changes in its pitch—it can be loud sound, or low sound. The meaning is the same at every pitch. If the mind is on the meaning, there is no chance of refining the meaning. If the mind is not on the meaning, there is a chance of refining the sound, there is a chance of experiencing the sound in its finer values till the finest could be transcended and the awareness could reach that inner wakefulness devoid of any perception. This will be Transcendental Consciousness.  This unbounded awareness where the perception is no longer within boundaries—it is unbounded. This is a silent state of the mind, and it is so fulfilling that the physiology having tasted this kind of quietness of activity it cherishes that.  And because it is cherishing to the whole physiology, to the whole experience, the physiology tends to maintain that state naturally even when there are activities. So by nature that state is experienced, and by nature, through practice, it becomes stabilized in the field of activity.  The whole thing is very simple. It is an absolutely natural process.”